One of my favorite rituals is weekend breakfast. While it’s sometimes a time for experimenting (usually due to poor planning on my part, and the resulting scramble to throw together something resembling breakfast with what’s on hand) the classics — buttermilk pancakes and waffles — are always a surefire hit.

For the first few years of marriage, David and I were without a waffle iron. Instead, we settled for the gluten-free frozen variety of waffles, either from Trader Joe’s or these adorable mini-size ones by Van’s. While they weren’t half bad — shoot, they made an acceptable enough conduit for peanut butter and maple syrup, my toppings of choice at the time — I really missed the waffles that I enjoyed as a kid.

Some of my earliest kitchen helper memories include making waffles on the weekend with my parents. It was in making the waffle recipe from the Better Homes and Gardens New Cook Book, one many of us likely grew up with, that I learned how to properly beat egg whites to stiff peaks, and the delicate hand required to fold them into the batter.

When I finally set out to find a regular waffle iron (read: not Belgian), I was thrilled to discover that the very same one I grew up with — the Black & Decker Grill and Waffle Baker — was still in production. (Bonus: For an apartment dweller or otherwise space-constrained individual, the reversible cooking plates make it an awesome two-in-one appliance to own.)

This recipe is an adaptation of the aforementioned one, and results in waffles that are light, airy and wonderfully crisp. Needless to say, they’re a marked improvement over the frozen variety.

I prefer the older editions (hardcover, not spiral bound — it’s too easy to lose pages from the latter) of the “red and white check cookbook,” as my family referred to the Better Homes and Gardens cookbook. Dated as some of the recipes and final cooking temps may be, the nostalgia factor wins out. Plus, I know that the recipes are the same that my mom cooked and baked from back in the day. As such, I tracked down a used copy in great condition, mine is from 1981, at one of my favorite used bookstores, Russian Hill Bookstore, in San Francisco. For you southern New England folks, The Book Barn in Niantic, Connecticut is another fabulous source for used books; it’s all too easy to spend hours perusing their extensive selection (if you couldn’t tell, I really miss this place!).

Cooking Time: About 5 minutes per batch

Preheat waffle iron. (For the Black and Decker Grill and Waffle Baker, I set the temp right in the middle of the waffle range.)

In a large bowl, whisk together millet flour through cinnamon (if using).

Whisk egg yolk mixture into flour; whisk until lump-free and slightly thickened, about 15 to 30 seconds. Gently fold whipped egg whites into flour mixture (I like to use a silicone spatula/rubber scraper, such as this one).

Bake as directed by your waffle iron. (For mine, each batch takes about 1 cup batter and bakes up to crispy perfection in 5 minutes.) Serve immediately or transfer to a warm oven (200°F) to keep warm. Waffles may also be cooled in a single layer on cooling racks, then frozen. Reheat straight from the freezer in a toaster (make sure it’s not contaminated by gluten) or directly on the [clean!!] center rack of a 350°F oven for about 4 minutes.

b. Patisserie's Almond Cake, at home 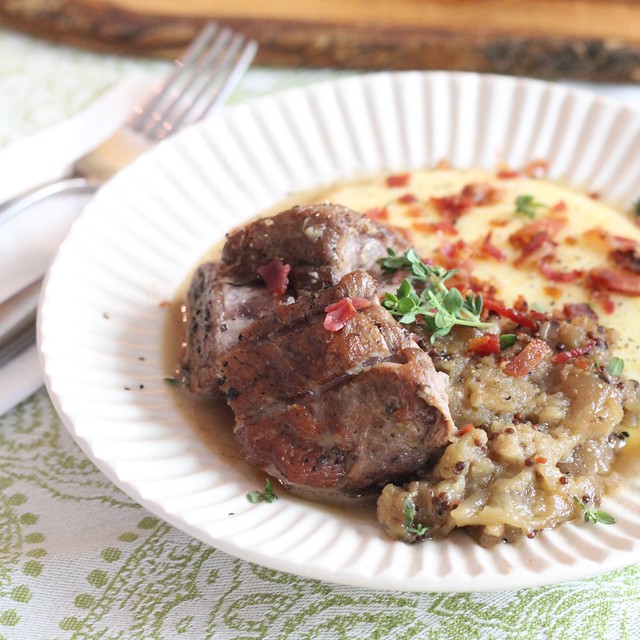