The Lady and Sons’ Shrimp and Grits, at Home (Naturally Gluten-Free) 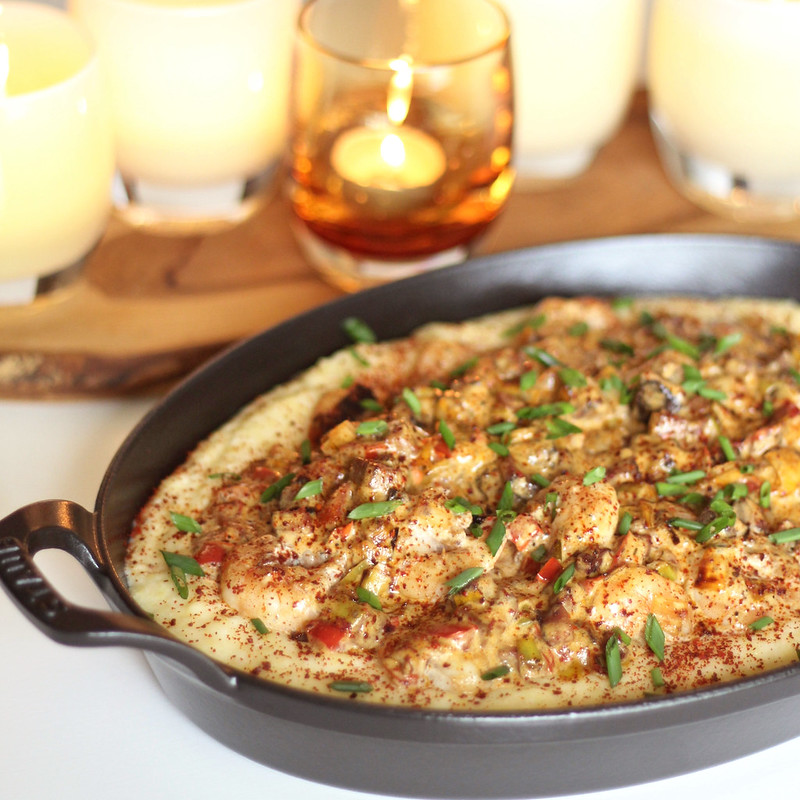 This Yankee-turned-Deep-South resident doesn’t need any convincing to eat grits in any form — classic cheese, light-and-crispy waffles, salumi-stuffed arancini? I’m there. But shrimp, well, that’s another story. That is, until I met this version of shrimp and grits inspired by a friend’s visit to The Lady and Sons. Swimming in a creamy pool of highly-seasoned sauce studded with a generous amount of spicy, smokey tasso ham, all served over intensely cheesy grits, it’s nothing short of indulgent. Be prepared to fall in love at first bite.

Is there a restaurant dish you’d like to get the recipe for? Let me know in the comments or on Facebook, and I’ll see what I can come up with!

Lady and Sons Shrimp and Grits, at Home (Naturally Gluten-Free)

In a 4-quart saucepan, bring water to a boil over high heat. Slowly whisk in grits and 1 teaspoon salt, return to a boil then reduce to low. Simmer, whisking often, until thick and soft, about 15 minutes. Whisk in butter and cheese, and return to a simmer. Keep hot over the lowest heat setting. If needed, whisk in cream to thin just before serving, and season to taste with remaining salt.

While grits simmer, prepare shrimp. Set a 4-quart sauté pan over medium heat. Add oil and warm until shimmering. Add tasso ham and cook, stirring occasionally, until crisp. Leaving behind as much oil in the pan as possible, remove ham to a large, heatproof plate. Add leeks and bell pepper to the pan, and cook until veggies are softened; remove to plate with ham. Increase heat to medium-high. Once pan is nearly smoking-hot, add shrimp. Cook, flipping once or twice, until firm and pink (about 1 minute); remove to plate with veggies and ham.

Reduce heat to medium, and carefully (it will get steamy) deglaze pan with vermouth, scraping up any browned bits. Stir in cream, and bring to a simmer. Continue cooking until cream is reduced by about 1/3 and it nicely coats the back of spoon. Return ham, veggies and shrimp to the pan, and heat until the mixture returns to a simmer and the shrimp is hot. Season to taste with salt and pepper.

To serve, transfer grits to a large (2- or 3-quart) casserole dish and pour shrimp and cream mixture over top. If desired, sprinkle with chopped chives or green onions and pepper flakes. Dish it up, and dig in with a few shots of your favorite hot sauce (optional).

¹ Tasso ham can be a bit tricky to locate, but it’s well worth it and key to this dish’s flavor. In the Orlando area, it can be purchased at Swine + Sons in Winter Park. It can also be ordered online through D’Artagnan. Or you can even try to make it yourself — check out Charcuterie: The Craft of Salting, Smoking, and Curing for a recipe.

² Feel free to swap out up to 1/2 cup of heavy cream with an equal amount of half and half.